Launchpad has four master branches (this is unusual; most projects only have one). They are:

If you want to know how all of this works behind the scenes, read Trunk/Glue (after reading the rest of this page).

Look at the Pretty Pictures

Diagrams might be the best way to understand this. (If they don't work, there's text afterwards, don't worry.) 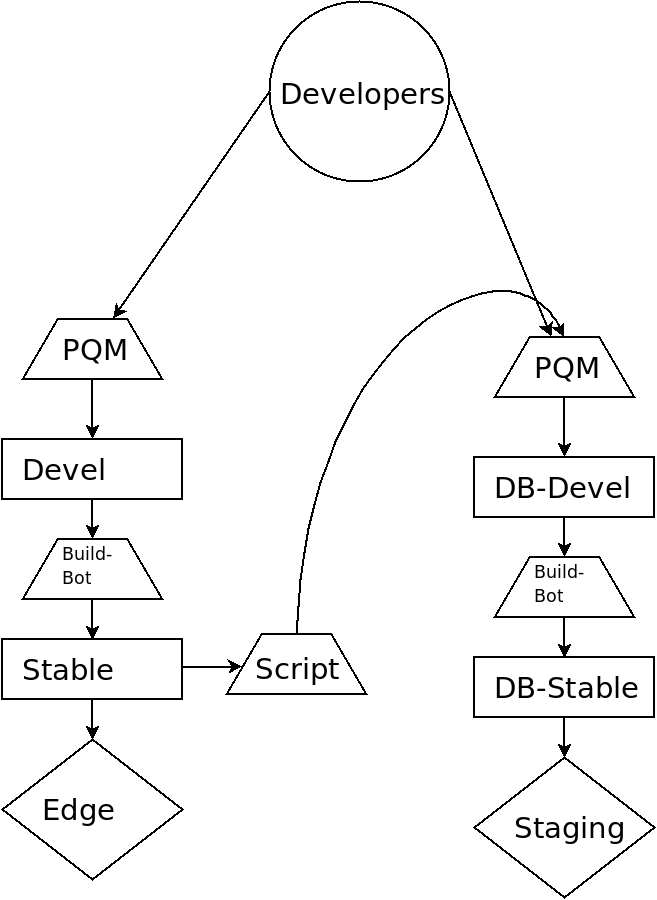 Below, we break the process down a bit with a different diagramming approach. Here's what happens when you submit to master: Where are the expected potential problems in the process? Glad you asked! 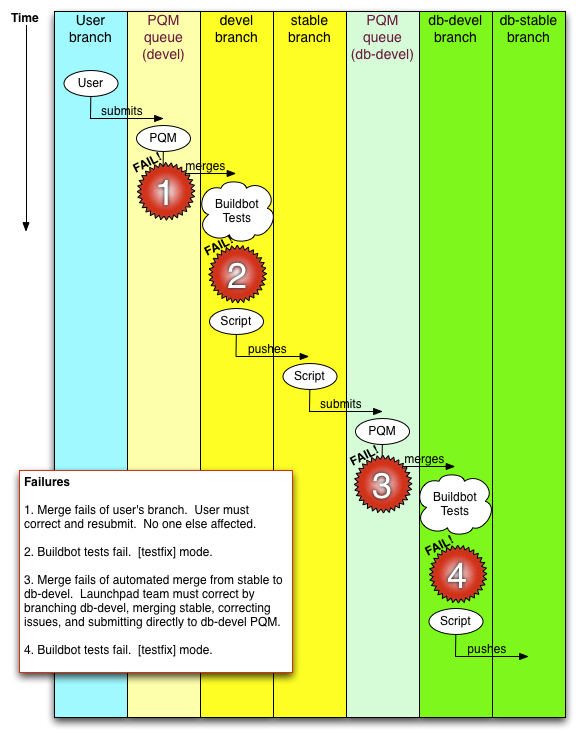 It is also possible to submit directly to the db-devel branch. 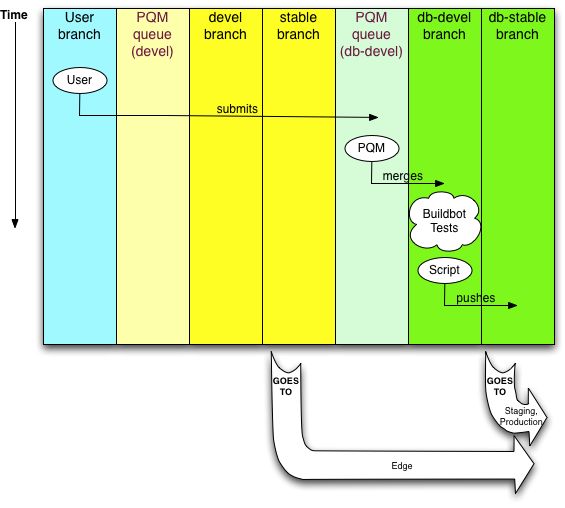 Let's Try That in Words

(Note that the actual images here date from the Bazaar world, and so talk about "devel" rather than "master". You can regard these two names as interchangeable. Feel free to update the images if you have time.)

Problems that can occur

Where to Send Merge Requests

Merge requests that do any of the following should be targeted at the db-devel branch:

All other developer merge requests for the launchpad tree should be targeted at the master branch.

The current buildbot-poller.py script on the PQM box monitors buildbot to discover what revisions have passed the tests. When a new revision is "blessed" by buildbot, the script copies it over to stable. The poller script merges the blessed revision into the db-devel branch. It is also responsible for checking a new buildbot build testing db-devel. The poller will copy revisions of db-devel that buildbot blesses to db-stable.

When a DB schema deployment is made, the db-stable code should be merged into master. This is the responsibility of the person who organised the deployment.

When the merge of stable -> db-devel does not work automatically, it should be done manually and submitted. The tests do not need to be run (rationale: the bots don't run the tests when they do it automatically, and the failure messages can clutter up the ML really fast.)

How do I submit to db-devel?

Can I land a testfix before buildbot has finished a test run that has failed or will fail?

Yes you can, and please do if appropriate, because this will mean that other developers will not encounter a broken tree at all.

What happens if the automatic merge from stable to db-devel fails?

The (internal! change?) launchpad list gets an email. This is described on the /Trunk page.

A build failed for some reason other than a test failure. What do I do?

Force a build at https://lpbuildbot.canonical.com/force.